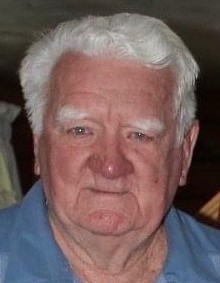 Charles drove truck for many years for Zeffiro Transfer & Storage in Donora and also for Check's Furniture in Monessen.  He then became an owner/operator until his retirement.  He enjoyed hunting and fishing at his camp in Tidioute.  He was a member of the Belle Vernon American Legion and honorably served his country in the U.S. Air Force during the Korean War.

He is survived by his daughter, Debra Lee Russell of Rostraver; grandchildren, Jared (Emily) Russell of Uniontown and Jessica Russell of Columbia, MD; Sister; Peggy Jean Wiles of Donora.

In addition to his parents, he was preceded in death by his wife, Georgetta Mary Nega Wiles; sister, Doris Dunyak; brothers, Donald Wiles and Richard Wiles.

Friends will be received on Thursday from 2 to 4 and 6 to 8 p.m. in the James C. Stump Funeral Home Inc., 580 Circle Drive, Rostraver Township (724-929-7934) www.jamesstumpfuneralhome.com where a Blessing Service will be held on Friday at 10 a.m. with Rev. David J. Nazimek officiating.  Interment, with Military Honors, will follow in Rehoboth Cemetery.

Everyone attending the visitation and services must wear a mask and practice social distancing.  Only 40 people are permitted in the funeral home at a time.

To order memorial trees or send flowers to the family in memory of Charles Wiles Jr., please visit our flower store.