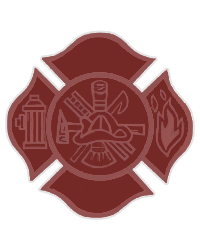 Born on April 21, 1973, David was a graduate of Yough Senior High School. He was a member of the West Newton VFW and was involved for many years with the West Newton Volunteer Fire Department.

David was always willing to lend a hand to those who needed help. Civic-minded and family-oriented, he took it upon himself to care for his relatives’ gravesites and to volunteer to put up American flags in the West Newton Cemetery each Memorial Day. David loved farming – especially at Doney Farm in Smithton – and spending time at the hunting cabin with his Uncle Bob. He also loved working on cars and was known to be able to fix anything.

David is survived by his mother Margaret (“Peggy”) Hula of Belle Vernon; his companion Heather McKeel, her daughter Brittney, granddaughter Jailyn and son Ryan; and many lifelong friends.

He was predeceased by his father Dennis Hula and his maternal and paternal grandparents.

Friends will be received on Wednesday, February 6 from 4 to 8 p.m. in the James C. Stump Funeral Home Inc., 580 Circle Drive, Rostraver Township (724-929-7934) www.jamesstumpfuneralhome.com where a Funeral Service will be held on Thursday, February 7 at 11 a.m. with Pastor Henry Frain officiating.  Private interment will follow in Westmoreland County Memorial Park.

A public celebration of life is planned for 2 p.m. on Thursday, February 7, at Bible Alliance Church (Event Center) in West Newton.

In lieu of flowers, please consider making a donation to the West Newton Volunteer Fire Department.

To order memorial trees or send flowers to the family in memory of David Lee Hula, please visit our flower store.