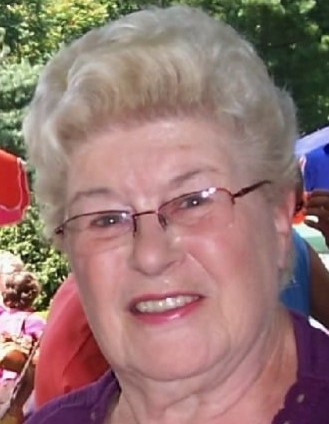 She attended Roscoe Elementary and California High School.  While still in school, she got a chance to work part-time in the office of G. C. Murphy in Charleroi.  After working there for four years, she started her job as a bookkeeper for General Motors.  She worked for many car dealerships in the valley: Hamilton Pontiac, Bindi Brothers Pontiac, Lenart Buick, Gibson Chevrolet and Speney Chevrolet.  She worked until her retirement in December 2011.  She said there were many changes in the bookkeeping system, as it changed from handwriting everything to using computers.  In 1952 she married her husband, Andrew R. Zolock.

In addition to her parents, she was preceded in death by her husband, Andrew R. Zolock in 1993; and brother, Alvin Lewis.

At Elinor's request, there will be no public visitation.  Interment will be in Belle Vernon Cemetery.

Elinor and her family would like to thank all the nurses and aides that provided care during the last three years of her life.

To order memorial trees or send flowers to the family in memory of Elinor A. Zolock, please visit our flower store.