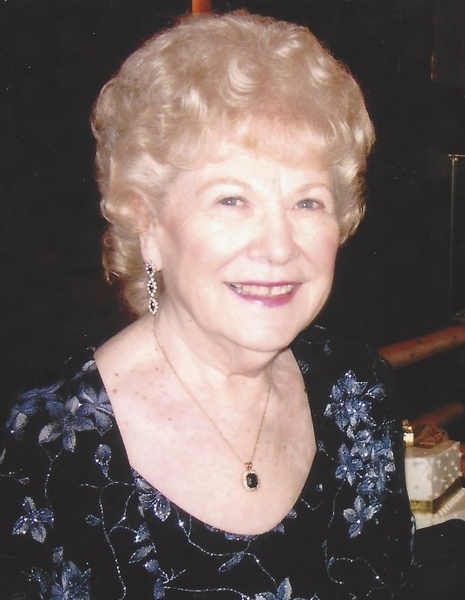 Helen M. Bucci, 89, of Fellsburg (Rostraver Township) passed away at Paramount Bethel Park on Monday, February 3, 2020.  Mrs. Bucci was born on June 28, 1930 to the late Joseph and Anna (Kortina) Urda in Charleroi.

She graduated from Charleroi High School in 1948 and Douglas Business College.  After working in the meat billing department at Fox Grocery Company/Wetterau for 35 years, she retired to travel with her husband, volunteered with the Rostraver Township and 14-E Lions, and attended her grandchildren's many events.  She and her loving husband of 60 years were charter members of St. Anne Church in Rostraver Township, where they had served as Eucharistic Ministers.  Previously, she had been a member of the Confraternity of Christian Mothers, Court Monessen, Catholic Daughters of America, where she was historian, and sang with the St. Anne's Adult Choir for 28 years.  She was a member of the Rostraver Township Lions Club where she was elected as the first female president and was recognized as a Melvin Jones Fellow.

Mrs. Bucci was an expert seamstress, sewing many gowns for her daughter and granddaughter.  She also loved to cook and bake, particularly at holiday time and on special occasions, providing thousands of cookies for her grandchildren and the Lions of Pennsylvania.  She was an avid reader and enjoyed working crossword puzzles in ink.  She also loved music, especially the Pittsburgh Symphony, Andre Rieu and the Civic Light Opera and was a Steeler and Penguin fan.  She adored her family and was a very proud mother, grandmother and great-grandmother.

On September 17, 2011, she lost her beloved husband of 60 years, Michael R. Bucci Sr. and then her adored son, Michael R. Bucci Jr. on April 4, 2013, from which she never truly recovered, and last March, her beautiful infant great-grandson, Samuel Thomas Grimm, passed away from neuroblastoma.

In addition to her parents, husband, son and great-grandson, she was preceded in death by a sister and brother-in-law, Anne and Ernest Pierce; brother, Fred Urda; sisters and brothers-in-law, Elizabeth and Anthony Frank and Marie and Domenick Valente; a niece, Annette Valente; and mother-in-law, Jennie Bucci Merando.

Memorial donations may be made to the Samuel Grimm Scholarship Program at York Day Nursery, Lions Club International Foundation, Leader Dog of Rochester, Michigan, Beacon Lodge Camp or the Rostraver Food Bank in her memory.

Friends will be received on Wednesday from 6 to 8 p.m. and Thursday from 2 to 4 and 6 to 8 p.m. in the James C. Stump Funeral Home Inc., 580 Circle Drive, Rostraver Township (724-929-7934) www.jamesstumpfuneralhome.com where a Blessing Service will be held on Friday at 9:30 a.m. followed by a Funeral Mass at 10 a.m. in the Church of St. Anne, 1870 Rostraver Road, Rostraver Twp, PA with her Pastor, Rev. David J. Nazimek as celebrant.  Interment will follow in West Newton Cemetery.

To order memorial trees or send flowers to the family in memory of Helen M. Bucci, please visit our flower store.