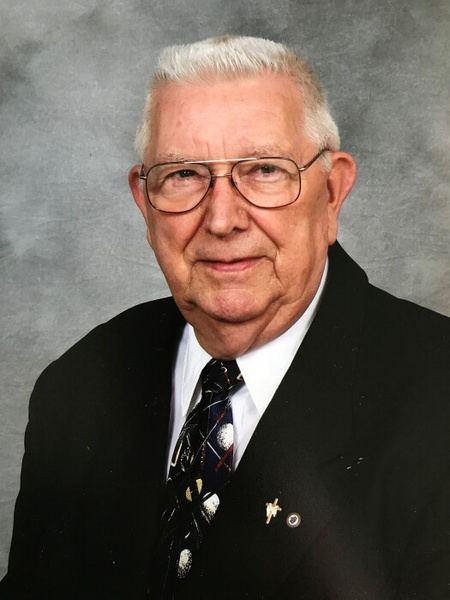 Kenneth Earl Stickel, 91, born in Dawson, PA and lived the majority of his life in Belle Vernon, passed away on Tuesday, March 1, 2022 at his daughter’s house in Jessup, Maryland.

Kenneth E. Stickel was born on August 24, 1930, to his parents, Harry F. Stickel Sr., and Katherine Madeline (Cable).  One of four children, Ken left high school his senior year and enlisted in the United States Navy, proudly serving aboard the USS Coral Sea from October 1947 through October 1951.  He became a member of the USS Coral Sea CVA-43 Association later in life.  Ken was hired by Bell of Pennsylvania (now Verizon) in December of 1951 and worked as an Installation and Maintenance Technician for 22 years before accepting a supervisory position to manage a crew for the next 16 years.  After his retirement in 1989, he continued to perform telecommunications work on the campus at California University for the next 21 years.

Ken married Elizabeth Ann Stefan on January 26, 1952, and shortly after, they broke ground atop a hill in Belle Vernon and built their house from the ground up, where they lived for the next 66 years.  Together they adopted and raised three children, Lisa Marie (Stickel) Fazzini, Eric Coleman Stickel and Edward Alan Stickel.

While his life was filled with many meaningful moments and experiences, three things were most important to Ken: his family, his service in the Navy, and he was particularly proud of his involvement with the Boy Scouts of America.  Ken first served as a Cub Master beginning in 1974 for Troop 1543 and then devoted his time to inspiring Boy Scouts in Troop 1543 as both an Assistant Scoutmaster and Scoutmaster. He was honored as a recipient of the highest scouting honor, the Silver Beaver award, in 1991 and also received the St. George Medal.

Ken is a member of the Knights of Columbus serving as a past Grand Knight, former District Deputy and delegate Supreme to the convention.  He is a 4th degree honorary life member.  He attended Saint Sebastian Church for the majority of his life and served there as past president of the Holy Name Society.

Throughout his life, Ken often traveled to attend events of the different organizations he belonged to: conventions and bowling tournaments for the K of C; Scouting jamborees; USS Coral Sea reunions and with the Monessen Junior Tamburitzans that his children were involved in.  He and his wife continued to travel within the United States after his retirement.  He enjoyed decorating his house for Christmas Eve dinners, frequenting casinos later in life as a social outing and building puzzles to keep his mind sharp.  Ken could fix anything and was quite the handyman around the house.

Ken is survived by his three children; Lisa Marie (Stickel) Fazzini of Maryland;  Eddie Stickel of Tennessee and Eric Stickel  (Bryan Anderson) of Tennessee; one brother, Glenn W. Stickel, of Belle Vernon; sister-in-law, Theresa Carson of McMurray; and was a doting grandfather to his surviving three grandchildren, Anna Fazzini (Franklin Hawes) of Columbia PA, Francesca Fazzini, of Pittsburgh and Erica Fazzini, of Portland, OR and one great-grandchild, Cienna Nicole Hawes; as well as numerous nieces and nephews.

In addition to his parents, Ken is preceded in death by his wife, Elizabeth Ann (Stefan) Stickel; brother Frank Stickel; and sister Joan Hoffman.

Friends will be received on Sunday from 2 to 4 and 6 to 8 p.m. in the James C. Stump Funeral Home Inc., 580 Circle Drive, Rostraver Township (724-929-7934) www.jamesstumpfuneralhome.com where a Blessing Service will be held on Monday at 9:15 a.m. followed by a Funeral Mass at 10 a.m. in St. Sebastian Church with Rev. Michael J. Crookston presiding. Following the Mass, Military Honors will be conducted by the US Navy. Interment will be in the National Cemetery of the Alleghenies.

To order memorial trees or send flowers to the family in memory of Kenneth Earl Stickel, please visit our flower store.