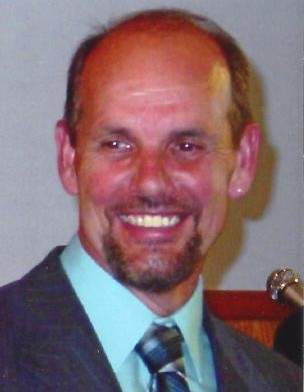 Russell L. Sowers Jr., 68, of Rostraver Township, died Thursday, March 1, 2018 in Southwestern Care Center.  Born in New Eagle on May 4, 1949, he was the son of the late Russell L. Sowers, Sr. and Bertha (Brooks) Sowers who survives and resides in Donora.

Russ was a retired chemist from Eastman Chemical, West Elizabeth.  He honorably served his country as a Sergeant in the US Air Force and the Air Force Security Police.  He was an active member of the Living Room Church in Webster.

In addition to his father, he was preceded in death by a sister, Barbara Yuhasz.

Friends will be received on Sunday from 4 to 7 p.m. in the James C. Stump Funeral Home Inc., 580 Circle Drive, Belle Vernon/Rostraver Township (724-929-7934) www.jamesstumpfuneralhome.com at which time Military Honors will be conducted in the funeral home at 7 p.m. followed by a Funeral Service with Pastor Henry Frain officiating.

To order memorial trees or send flowers to the family in memory of Russell L. Sowers Jr., please visit our flower store.