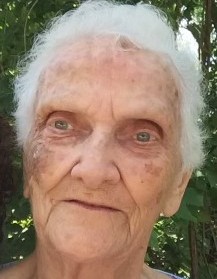 Betty was a waitress at Peasant Village Restaurant.  She enjoyed playing cards and spending time with her family and friends.

In addition to her parents, she was preceded in death by her husband, Robert Dickie Jr.; son, Robert Dickie III; grandsons, Paul Fincik and James Fincik; son-in-law, Emerson Wheatley; 7 brothers and 7 sisters.

Friends will be received on Saturday from 2 to 5 p.m.in the James C. Stump Funeral Home Inc., 580 Circle Drive, Rostraver Township (724-929-7934) www.jamesstumpfuneralhome.com where a Funeral Service will be held at 5 p.m. with Rev. Kent Lighthall officiating.  Interment will be in Mon Valley Memorial Park.

Everyone attending the visitation and services must wear a mask and practice social distancing.  Only 40 people are permitted in the funeral home at a time.

To order memorial trees or send flowers to the family in memory of Betty Dickie, please visit our flower store.