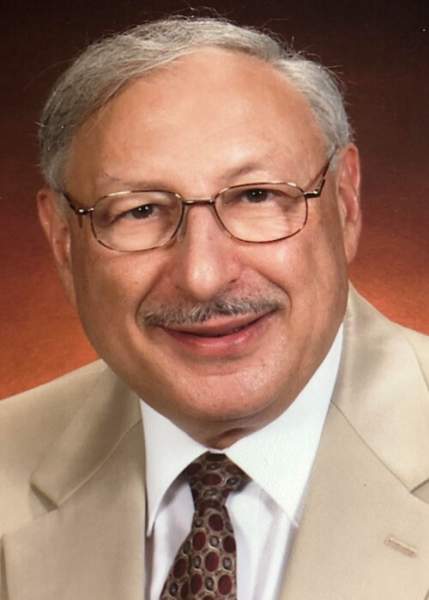 James Georgulis, 82, died peacefully late Saturday evening, September 12, 2020.  He was born on June 22, 1938 in Monessen and was the third child of first-generation parents who arrived in the United States in 1910 from Chios, Greece, the late George and Annastasia (Loris) Georgulis.

Jim attended the Monessen Public school system and graduated in 1956. He worked at Tall Tom`s Drive-in and Howard Johnson`s, which eventually lead to his Eat`n Park management for 18 years. In 1975, he began the Keystone Kar-Kleening business, and from there, created the ‘Wash on Wheels’ (WOW) car cleaning business in 1980, while still employed at Eat`n Park. He eventually became interested in a new career and worked for Prudential Life Insurance for 18 years, which lead to his position at Atlas Brokerage (Benchmark) as an insurance agent in sales and financial planning. In 2009 through retirement, he was an independent insurance agent.

Jim`s musical career began at the age of 12. He watched the TV show ‘Cavalcade of Bands` and became enthralled with the lead trumpet player. He had three years of trumpet lessons paid for by his mother and sister. He began playing trumpet for a polka band, ‘The Harmoneers` at 26 years of age, and joined ‘Joy Unlimited` for 10 years. He played for the Big Band era ‘Sammy Bill Orchestra` and played for the ‘Wally Gingers Orchestra` from 2010-2018. In the meantime, he enjoyed playing for many orchestras such as the Westmoreland County Community College symphony and chorus.

Jim was a dedicated and faithful member of the Faith Lutheran Church in West Newton for 30+ years.  For many years he served as an Elder and was an Out-Reach Chairperson.

Jim`s passion for music lived on after he was unable to play. He loved to tell a good joke and was appreciated by many friends who worked with him during his professional and musical career. All who knew him had a kind and friendly word to say about him. He especially loved spending time with his wife and family, while sharing memories of his beloved who left before him. His family legacy will carry on with the traditions he has shared and his memory will be sustained.

Friends will be received on Thursday from 5 to 8 p.m. in the James C. Stump Funeral Home Inc., 580 Circle Drive, Rostraver Township (724-929-7934) www.jamesstumpfuneralhome.com FAMILY AND FRIENDS ARE ASKED TO MEET on Friday at 11:00 a.m. at the Faith Lutheran Church, 820 Plummer School Road, West Newton, PA for a Funeral Service with Pastor Michael Krentz officiating.  Interment will follow in Belle Vernon Cemetery.

In lieu of flowers, the family suggests memorial contributions be made in the name of ‘James Georgulis’ to the Mon Valley Academy for the Arts Twin Coaches Project, 309 5th Street, Charleroi, PA, 15022.  This project supplies musical instruments and supplies to students in need.

Everyone attending the visitation and services must wear a mask and practice social distancing.  Only 25 people are permitted in the funeral home at a time.

To order memorial trees or send flowers to the family in memory of James Georgulis, please visit our flower store.