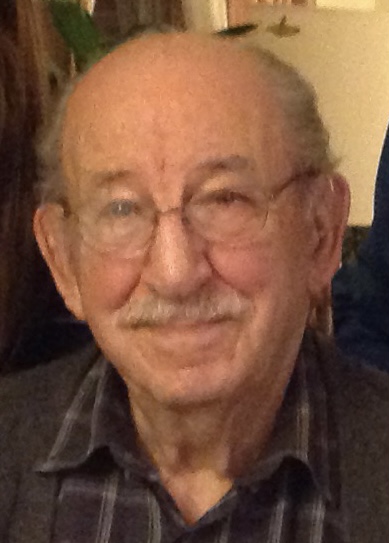 Paul Balko, 93, passed away on Tuesday, June 28, 2022, in Joliet, IL, attended by his loving family. He was the husband of the late Esther Tsimonis Balko to whom he was married for 57 years. Paul was born on February 21, 1929 in West Newton, Pennsylvania to the late Charles and Anna Balko. Paul was the ninth of ten children.

He graduated from West Newton High School in 1947.  When WWII started, Paul was 13 years old. Due to the lack of working-age men, he stepped up to the plate.  Every morning, he awoke at 3 a.m. to feed the horses, work as a butcher for the local grocer, and, then go to school. During the Korean Conflict he served in the U.S. Army Preventive Medicine Corp at the 11th Evac Hospital in Wonju, Korea. After a two-year tour of duty, he returned to Waterbury, Connecticut to marry Esther Tsimonis. Paul and Esther later moved to Wolcott to raise their four daughters. Paul and Esther made their home in Wolcott for over 50 years.

Paul found employment as a tool and die worker in Waterbury and later began working as a self-employed carpenter and mason, subcontracting with Superior Homes.  He was an avid fresh and saltwater fisherman, teaching his four daughters how to catch trout, and troll the boat in Long Island Sound while he caught blue fish. Paul was a seasoned gardener, feeding his garden with truckloads of manure. His vegetables grew so well that the overabundance of zucchini forced him to toss one or two into open windows of parked cars! Paul was an Elder in the Waterbury Bible Students congregation.  His desire to serve the Lord enabled him to travel extensively to Israel, Egypt, eastern Europe and Russia in the late 1970’s and 1980’s. In addition, he led tour groups to Israel, climbed the Great Pyramid, and spoke to 3 Israeli Prime Ministers about God`s promises to Israel (his greatest delight!).

Paul was the primary caregiver for his wife, Esther, for approximately 15 years as she struggled with Alzheimer`s disease. After his wife`s passing in 2010, Paul moved to his hometown in West Newton, PA in 2011, living with his younger sister, Lorraine, and her husband. In 2013, he then moved to Shorewood, Illinois to live with his daughter, Vicki, and her husband, Gary.

Paul was preceded in death by his wife, his daughter, Paula, his parents, and his 8 older siblings.

Friends will be received on Saturday, July 2 from 9 am to 12 pm in the James C. Stump Funeral Home Inc., 580 Circle Drive, Rostraver Township (724-929-7934) www.jamesstumpfuneralhome.com Graveside Interment, with Military Honors, will follow in West Newton Cemetery.

In lieu of flowers, memorial contributions may be made to the Divine Plan Foundation, 276 Cherry Lane Road, Bartonsville, PA 18321-7741.

To order memorial trees or send flowers to the family in memory of Paul Balko, please visit our flower store.
Send a Sympathy Card