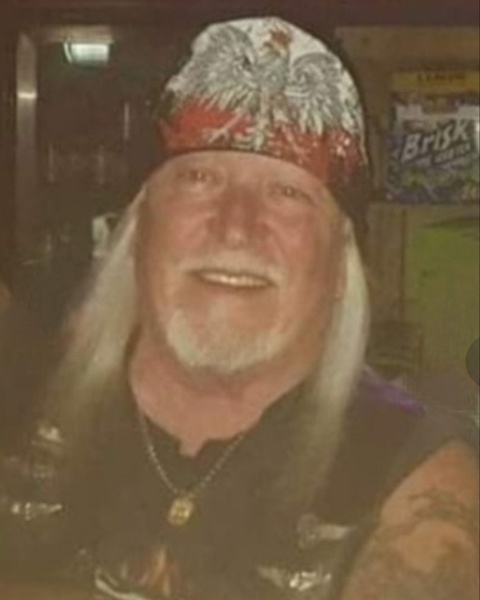 Barry E. ''Sunday'' Nartowicz, 76, of Rostraver Township passed away on Sunday, September 18, 2022 at home with his family by his side.  Born in New Eagle on December 21, 1945, he was the son of the late Edward R. and Hazel Roberts Nartowicz of Webster.

He honorably served his country in the Army PA National Guard also attending California University of PA. Barry was employed at USX Clairton Works, retiring after 30 years as an electrician. The biker lifestyle was in his blood.

"Sunday" lived life to the fullest!

Friends will be received on Friday September 23rd from 2 to 4 and 6 to 8 p.m. in the James C. Stump Funeral Home Inc., 580 Circle Drive, Rostraver Township (724-929-7934) www.jamesstumpfuneralhome.com where a Funeral Service will be held on Saturday, September 24th  at 12 p.m. officiated by Chris Sheppick.  Interment, with Military Honors, will follow in Fells Cemetery, 116 Ryan’s Lane, Rostraver Township.

To order memorial trees or send flowers to the family in memory of Barry E. "Sunday" Nartowicz, please visit our flower store.
Send a Sympathy Card