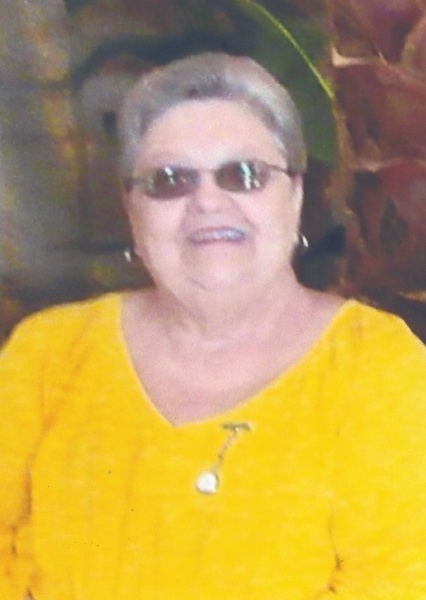 Dessia L. Chapman, 72, of Smithton, died on Tuesday, November 5, 2019 after a lingering illness.  Born in Monongahela on January 6, 1947, she was the daughter of the late Hollis D. Lewis Jr. and Louise B. (Stuart) Lewis.

Dessia was an LPN and worked for Kane Nursing Home.  Since her retirement from nursing in 2012, Dessia's greatest joy was spending time with her granddaughter. Like every good gramma, she would do anything mommy said “no” to!  She also enjoyed shopping, playing games on her kindle, and going to lunch with friends.

She is survived by her sons, James Hollis Chapman of Scottdale and Eric Dawson Chapman of Greensburg; daughter, Denise Chapman of Smithton; granddaughter, Dessia Louise Chapman; sister, Ellen Lewis of Rostraver; niece, Lisa White of FL; as well as numerous nieces and nephews.

In addition to her parents, she was preceded in death by her husband, Robert James Chapman on July 24, 2000.

Friends will be received on Friday from 2 to 4 and 6 to 8 p.m. in the James C. Stump Funeral Home Inc., 580 Circle Drive, Rostraver Township (724-929-7934) www.jamesstumpfuneralhome.com where a Funeral Service will be held on Saturday at 12:30 p.m. with Pastor Nate Stevens officiating.  Interment will follow in Horn's Cemetery, Marianna.

To order memorial trees or send flowers to the family in memory of Dessia L. Chapman, please visit our flower store.