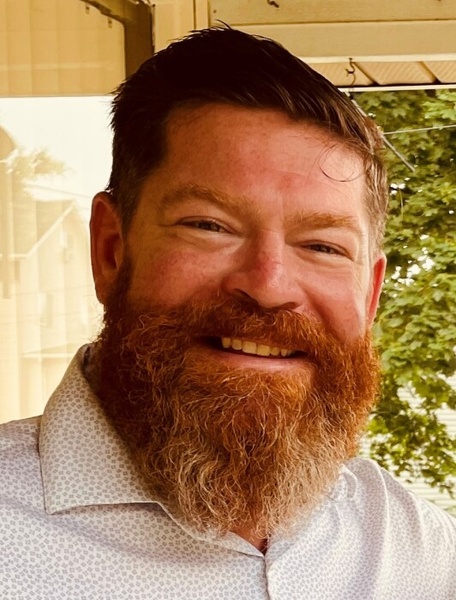 Ethan Daniel Aitken, 50, passed away unexpectedly at his residence in Washington, PA on Tuesday, December 7, 2021. He was born on March 27, 1971, the youngest of six children, to Pauline (Dran) Aitken and the late Robert Lee Aitken of Fellsburg, Rostraver Township.

Ethan graduated from Belle Vernon Area High School in 1989 and earned a B.S. in Industrial Engineering from West Virginia University in 1997.  He worked as a Senior Mechanical Engineer at Heyl & Patterson and had previously held a variety of process, lean, and field service engineering positions in the glass bottle, kitchenware, mining equipment, steel tubing, and industrial process industries. Ethan was also a Council Member at St. Nicholas Orthodox Church in Donora, PA.

Ethan enjoyed hunting, especially deer and elk; hiking and camping in the woods with his boys; and playing table tennis with his friends (Wednesday Pong Night).  He loved playing sports – primarily football and hockey and with a little wrestling and rugby mixed in – as well as coaching youth hockey. A multi-instrumentalist, Ethan was an avid fan of all generations of music and appreciated each musical artist. He was an excellent chef and grill master, constantly fine-tuning and improving his preparations of venison with new spice and seasoning combinations.  He was always willing to take a road trip in search of interesting brews, and his house parties, particularly Christmas Eve-Eve, were famously fun and well attended by friends and family.

Ethan is preceded in death by his father, Robert Lee Aitken; a brother, Kevin Aitken; his grandparents, Robert and Margaret Aitken and Michael and Eva Dran; and his nephew and godson, Nicholas Aitken.

He is survived by his mother, Pauline Aitken; his three sons, Aidan, Cailean and Sheehan Aitken; his sisters, Sandy Aitken of Pittsburgh and Natalie Aitken Tooch of Coraopolis; his brothers, Bart (Tamara) Aitken of Tallahassee, FL and Paul Aitken of Brunswick, MD; his former spouse, Shakira Leigh Johnson; as well as many aunts, uncles, cousins, nieces, nephews, great niece, great nephew and many friends.

FAMILY AND FRIENDS ARE ASKED TO MEET on Saturday, December 11, 2021 at 10 a.m. at the St. Nicholas Orthodox Church, 1 St. Nicholas Drive, Donora, PA for a Funeral Service with Reverend Father John Parker officiating.  Interment will follow in Fells Cemetery.

If desired, memorial donations may be made to St. Nicholas Orthodox Church.

Ethan will be sadly missed by all.  May his memory be eternal!

A Parastas Service will be held in the funeral home on Friday at 7 p.m.

To order memorial trees or send flowers to the family in memory of Ethan Daniel Aitken, please visit our flower store.