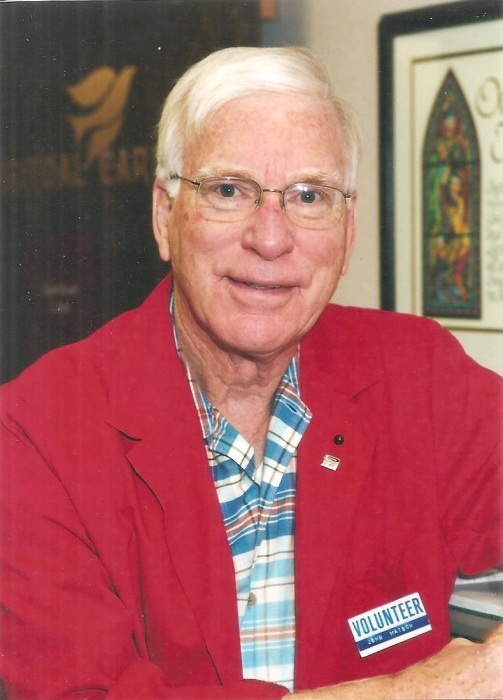 John received his BA degree in Business/Administration from Ohio University. He was the Personnel Director for General Motors and worked at several of their automotive facilities. He was a member of Concord United Methodist Church, where he served on the Trustee Board and was a Lay Minister. He was an active Board Member of Rostraver Public Library, served as President for ten years and was very instrumental in the fundraising campaign to build the Library. He was active in the Rostraver Business Association and was voted the "Man of the Year" in 2013. He was on the Rostraver Township Civil Service Board and was a Pastoral Care Volunteer at Jefferson Hospital for many years. John was a member of the National Ski Patrol. He was an Assistant Scoutmaster and served on the Board of Troop 700 North Olmstead, Ohio. John honorably served his country as a 1 st Lieutenant in the U.S. Army at Fort Lee, VA.  As a youth he was a Boy Scout in Troop 78 and a Sea Scout on Ship 60 Lakewood, Ohio, achieving the highest rank of Quartermaster with the Sea Scouts. All his life, John was passionate about sailing, biking, and service to God and his country.

In addition to his parents, he was preceded in death by his first wife, Carolyn Marie Maisch; infant son, Curtis Todd Maisch; and son-in-law, Jerry Briles.

Friends will be received on Sunday from 2 to 7 p.m. in the James C. Stump Funeral Home Inc., 580 Circle Drive, Rostraver Township (724-929-7934) www.jamesstumpfuneralhome.com

A Funeral Service will be held on Monday at 11 a.m. at the Concord United Methodist Church, 206 Old School Street, Rostraver Twp. with Pastor Sandra E. Fitzgibbons officiating. Following the Funeral Service, Military Honors will be accorded John by the U.S. Army. Interment will be private in West Newton Cemetery.

To order memorial trees or send flowers to the family in memory of John Bruce Maisch, please visit our flower store.