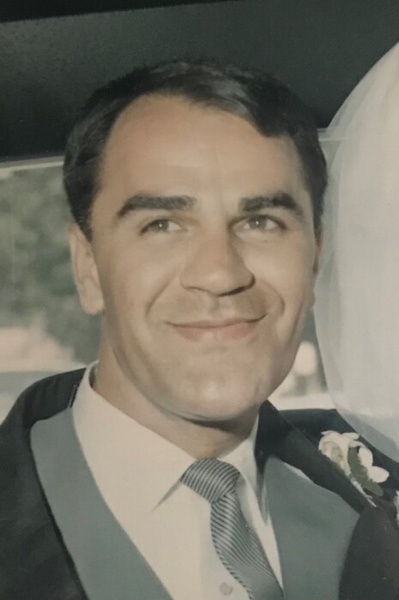 William Andrew "Bill" Krizan, a lifelong resident of Pittsburgh, PA, passed away on June 16, 2021. He was 86 years old. He was preceded in death by his beloved wife, Ruth Eleanor (neé MacDonald) Krizan, of Ridgway, PA, in August of 2018. They were the loves of each other’s lives. Bill and Ruth had three children: Kate (Kendall Clark of Great Falls, VA); Mary (Dan Dowds of Upper Saint Clair, PA); and Dave (Cheryl Stump of Pleasant Hills, PA). They raised their children to be smart, kind, and loving. Their eight grandchildren: Catherine, Maggie, Zoe, Jemima, Daphne, Sam, Lucy, and Flannery are all living proof of their legacy. June 17 would have been Bill and Ruth`s 54th wedding anniversary.

Everybody who came to Bill and Ruth`s house felt welcome. In addition to raising their three children, Bill and Ruth hosted countless brothers, sisters, nieces, and nephews; Bill`s mother, Nellie Kovac, and his stepsister, Annie Price, both of Rankin, PA, lived as members of the family until their deaths. Bill`s brother, very best friend, and partner in crime, Ed Krizan, of Pleasant Hills, PA, preceded Bill in death in October 2020. The two of them lived for each other. They spoke on the phone every morning and plotted their week`s events. Crossing paths with Bill and Ed Krizan was an unforgettable experience.

Bill loved to shop. No one could find a better bargain. He knew about the Strip District long before it was trendy; he knew department store workers by name. Bill filled his and Ruth`s house in Forest Hills, PA, with paintings, rugs, one-of-a-kind tschotskes, and an army of nutcrackers. The list goes on and on. His house was an extension of his personality: eclectic, engaging, and welcoming. Bill had an amazing flair for fashion. He wore ascots, formal knickers, and a tuxedo for any occasion that would allow it. Bill loved current events. He read and watched the local and national news daily. Bill also loved the performing arts. One of his favorite musicals was "Chicago." He relied on the show`s advice to successfully navigate life`s challenges: "Give ‘Em The Ol` Razzle Dazzle”

Bill was a mensch. We can say that because even though Bill was a Roman Catholic, his online genetic test revealed that he was two percent Jewish. Bill was all heart and worked tirelessly to provide for others. He worked as the director of guidance at Turtle Creek, Swissvale, and Woodland Hills high schools, helping countless teens through trying times. In his later years, Bill spent hours on the phone staying connected to the people—old and new—who mattered most to him. Most of all, Bill was a devoted husband and father. He steadfastly cared for Ruth for over 15 years while Alzheimer`s slowly and mercilessly stole her away, and he left his children a legacy of love, altruism, and sustaining humor that they will use to honor their parents` memories the rest of their lives.

FAMILY AND FRIENDS ARE ASKED TO MEET on Monday at 10 a.m. at the Church of St. Anne, 1870 Rostraver Road, Rostraver Twp, PA 15012 for a Funeral Mass with Rev. David J. Nazimek presiding.

To order memorial trees or send flowers to the family in memory of William Andrew "Bill" Krizan, please visit our flower store.