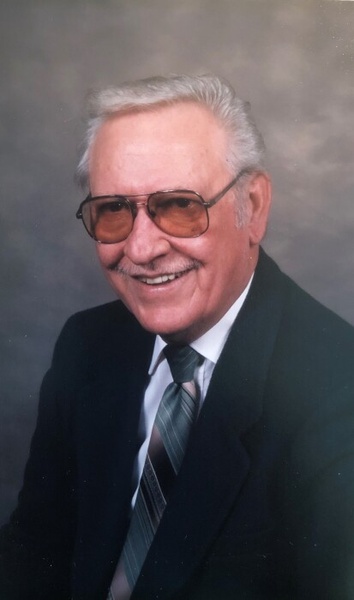 Edward D. Snyder, 87, of Mechanicsville, Maryland, formerly of Rostraver Township, went home to be with the Lord on Monday, March 1, 2021. Born in Perryopolis PA on October 28, 1933, he was the son of the late Edward and Annetta (Rhodes) Snyder.

Edward was a member of Hughesville Baptist Church. He joined the Air Force in 1951 and was a Jet Engine Mechanic.  He liked airplanes and took every opportunity to ride along with the pilots during test flights. His hobby was classic cars and he spent many years buying and restoring them and going to car shows.

After 4 years in the Air Force he worked at Westinghouse in Pittsburgh as a Reactor Operator and was then employed as a Physical Science Technician at the Naval Research Laboratory in Washington, D.C., retiring in 1989.

He loved his wife, children and grandchildren and enjoyed the family get-togethers. His last 17 months were spent at the Charleston Senior Community.  He was known as the “boss” as he thought he worked there.  He was always walking the hallways and charming the ladies with his wit.   He had many friends amongst the staff and we are most thankful for the care and friendship of Chantice, Yomi and Emily “Millie” as Dad called her. We often heard the words “he is so sweet, he is so hilarious”. A cute thing he always said was “thank you” even when it wasn’t appropriate or necessary and it made everyone smile.

He was loved and will be missed by us all.  He was so tough and bounced back unharmed from many falls. We often joked that he may outlive all of us. When his health declined rapidly these past 2 weeks it was a shock to everyone, but he has been made new again for all eternity as he is now with Lord.

In addition to his parents, he is preceded in death by his wife, Shirley A. Snyder; and brother, Elmer R. Snyder.

Friends will be received on Saturday, March 6 from 12:30 to 1 p.m., the hour of service, in the Olive Branch Cemetery Chapel, State Route 981, Rostraver Twp, with Pastor Ken Sommerfeldt officiating.  Interment, with Military Honors, will follow in Olive Branch Cemetery.

To order memorial trees or send flowers to the family in memory of Edward D. Snyder, please visit our flower store.