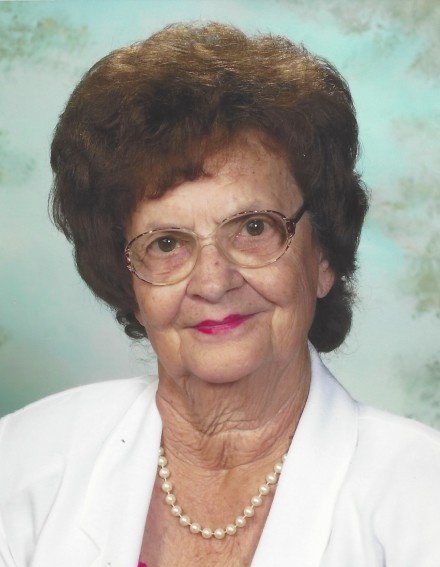 Helen Jugan Hart, 90, of Nottingham Township, formerly of Rostraver Township, died Sunday, July 7, 2019.  Born in Webster on August 10, 1928, she was the daughter of the late Michael and Mary (Kozar) Jugan.

From 2000 until 2015, Helen worked as a teacher’s aide as part of the Red Cross Foster Grandparent program at Monongahela Elementary in the Ringgold School District.  As an author, she wrote the Webster (East Donora) Chapter of the book, “Voices of the Past: Growing Up in Rostraver Township in the 1930s and 1940s”.  Previously, Helen worked in home nursing and as a waitress.  She was a member of the Webster United Methodist Church and was associated with St. Nicholas Orthodox Church in Donora, where her parents were founding members, and she was married in the church in 1947.

She is survived by her son, Mark; 2 grandchildren, Robert and Adrianne; 6 great-grandchildren; brother, Don Jugan of Dushore, PA; and sister, Millie Muir of Finleyville.  Helen also raised Paula Hart, who is the daughter of Nancy Hart, Helen’s husband’s deceased sister from 1960 to 1974.

Friends will be received on Thursday from 2 to 4 and 6 to 8 p.m. in the James C. Stump Funeral Home Inc., 580 Circle Drive, Rostraver Township (724-929-7934) www.jamesstumpfuneralhome.com where a Funeral Service will be held Friday at 11 a.m. with Pastor Sandra E. Fitzgibbons officiating.  Interment will follow in Monongahela Cemetery.

To order memorial trees or send flowers to the family in memory of Helen M. Hart, please visit our flower store.