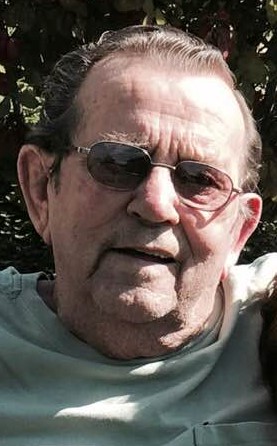 James ''Jim'' Kenneth Hart, 79, of Webster, Rostraver Township, passed away Wednesday, September 18, 2019 surrounded by his family after a long battle with chronic obstructive pulmonary disease.  He was born in Carroll Township on March 19, 1940, one of nine children of the late Howard Swope and Iva Dail (Coughenour) Hart.

Jim attended Rostraver High School and enlisted in the United States Navy, where he met his wife, Elizabeth (Benedict), while stationed in Boston, MA.  He worked making bombs in Christie Park during the Vietnam War, followed by his life's work as a diesel mechanic working for various companies in New Hampshire and the Monongahela Valley.  Jim was known throughout the Mon Valley for his love of family, friends, laughter, antique tools and his favorite Ford F-150 pickup truck "Old Henry”.

In addition to his parents, he was preceded in death by his youngest son, Kevin Hart in 2013; brothers, Harold Hart, Robert Hart, Howard "Herk" Hart and William Hart; sisters, June Hart Beveridge and Nancy Hart Muai.

Friends will be received on Monday from 2 to 4 and 6 to 8 p.m. in the James C. Stump Funeral Home Inc., 580 Circle Drive, Rostraver Township (724-929-7934) www.jamesstumpfuneralhome.com where a Funeral Service will be held on Tuesday at 11 a.m. with Rev. Brian K. Hart officiating.  Interment, with Military Honors, will follow in Monongahela Cemetery.

To order memorial trees or send flowers to the family in memory of James Kenneth Hart, please visit our flower store.