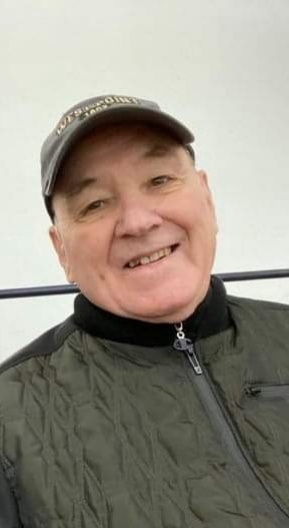 John C. Lyons, 83, former resident of Sutersville and West Newton, went home to be with his Lord and Savior on Wednesday, November 25, 2020 due to complications from a stroke.  Born in West Newton on February 25, 1937, he was the son of the late Charles and Hazel (Philabaum) Lyons.

John graduated from West Newton High School in 1955 and proudly served in the U S Air Force as a Security Police office at K. I. Sawyer Air Force Base in Michigan.  John also served as a police officer and Chief of Police while living in Negaunee, Michigan after discharge from the Air Force.  He later returned to Pennsylvania and worked at U S Steel.  He later attended Logos Bible Training Center in Greensburg.  John established Christian Brothers Auto in Turkeytown, PA and founded Lyons Investigation and Security in the 1980's before his retirement.  During retirement, John served on the Sutersville town council and served as the Mayor for two years before stepping down from the position in 2012.  John was an avid hockey and Penguins fan.  He also had a passion for horse racing and owned many race horses.

Foremost, John was a great student teacher of the Scripture.  He mentored to all who were eager to know more about the Word of God.  He led the West Newton Wesleyan Church for five years before fully retiring in 2012.  He continued to lead personal Bible studies with his friends, Kevin and Kenny for many years until his passing.  "Study to shew thyself approved unto God, a workman that needeth not to be ashamed, rightly dividing the work of truth" 2 Timothy 2:15 KJV.

He is survived by his stepson, Vaughn DeLong of Suffolk, VA; grandchildren, Nicholas Lyons of Yukon and Keagan and Ryan DeLong of Suffolk, VA; brothers, Dennis Lyons of Belle Vernon and Regis Lyons of Uniontown; many nieces and nephews, including Garrett Lyons of Charlotte, NC, Chuck Lyons of Pittsburgh, Kimberly Lyons-Neel of Pittsburgh and Donna Opachick of Sutersville, who was also his Caregiver; and his beloved friend, Arlene Lander of West Newton.

In addition to his parents, he was preceded in death by his wife, Evelyn H. Lyons; and his son, Patrick S. Lyons.

Friends will be received on Friday from 2 to 6 p.m. in the James C. Stump Funeral Home Inc., 580 Circle Drive, Rostraver Township (724-929-7934) www.jamesstumpfuneralhome.com where a Funeral Service will be held on Saturday at 10 a.m.  Interment will follow in West Newton Cemetery.

To order memorial trees or send flowers to the family in memory of John C. Lyons, please visit our flower store.