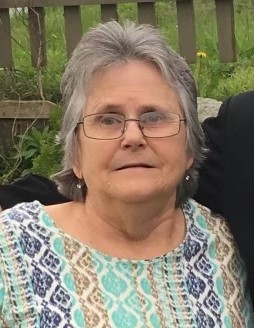 Phyllis G. Lanham, 75, of West Newton, passed from this life into the arms of Jesus on Thursday, September 9, 2021. Born in McKeesport on February 12, 1946, she was the youngest child of the late W. Lee and Rebecca (Backstrom) Jeffreys.

Phyllis was Girl Scout troop leader, day camp director and cookie chairman for many years in West Newton. She was a member of the West Newton United Presbyterian Church and served there as a bible school teacher and Elder. After losing her vision, she taught herself Braille at the age of 40 which gave her the ability to read her bible. Phyllis was known for her giving spirit. She crocheted blankets for many of her friends and family and liked to brighten people’s days with her random acts of kindness. Christmas just won`t be the same without her delicious fudge!

In addition to her parents, she was preceded in death by her husband, Charles Lanham; sister Jerilyn McDowell; and brother, Willis Jeffreys.

Nana, you will always be in our hearts!!!

Friends will be received on Sunday from 4 to 8 p.m. in the James C. Stump Funeral Home Inc., 580 Circle Drive, Rostraver Township (724-929-7934) www.jamesstumpfuneralhome.com where a Funeral Service will be held on Monday at 11:00 a.m. with Captain Mary Hughes, of the Salvation Army, officiating. Interment will follow in West Newton Cemetery.

To order memorial trees or send flowers to the family in memory of Phyllis G. Lanham, please visit our flower store.