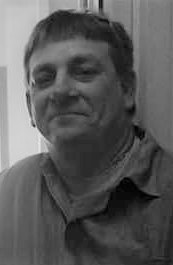 Jumbo worked for Chemply in Bunola and Balcon Enterprises in Washington.  He was a lifetime member of the Monessen Hilltop VFD 81-2 and enjoyed bowling, fishing and hunting.

In addition to his parents, he was preceded in death by his brother, John Painter and sister, Melinda Ashbaugh.

Friends will be received on Friday from 4 to 8 p.m. in the James C. Stump Funeral Home Inc., 580 Circle Drive, Rostraver Township (724-929-7934) www.jamesstumpfuneralhome.com where a Funeral Service will be held at 8 p.m. following the visitation.

In lieu of flowers, donations can be made directly to the funeral home to help with funeral expenses.

To order memorial trees or send flowers to the family in memory of Thomas Ashbaugh Jr., please visit our flower store.