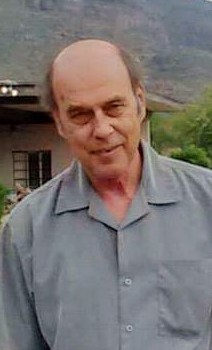 Dennis W. Petrisin, 70, of West Newton died Wednesday, December 4, 2019 in AHN Jefferson Hospital.  Born in McKeesport on October 30, 1949, he was the son of Mildred (Bendik) Petrisin who resides in Clairton and the late Jerome John Petrisin.

A 1967 graduate of Serra Catholic High School, Dennis graduated from West Virginia University with a Bachelor's Degree in Business Marketing Administration. He was a retired Letter Carrier from Pleasant Hills Post Office.  A member of the Church of St. Anne in Rostraver, he was a former member of the Clairton American Legion and was a proud Eagle Scout.  He honorably served his country in the US Navy.

Friends will be received on Monday, December 9 from 2 to 4 and 6 to 8 p.m. in the James C. Stump Funeral Home Inc., 580 Circle Drive, Rostraver Township (724-929-7934) www.jamesstumpfuneralhome.com where a Blessing Service will be held on Tuesday at 9:30 a.m. followed by a Funeral Mass at 10 a.m. in the Church of St. Anne with Rev. David J. Nazimek presiding.  Interment, with Military Honors, will follow in the National Cemetery of The Alleghenies.

To order memorial trees or send flowers to the family in memory of Dennis W. Petrisin, please visit our flower store.