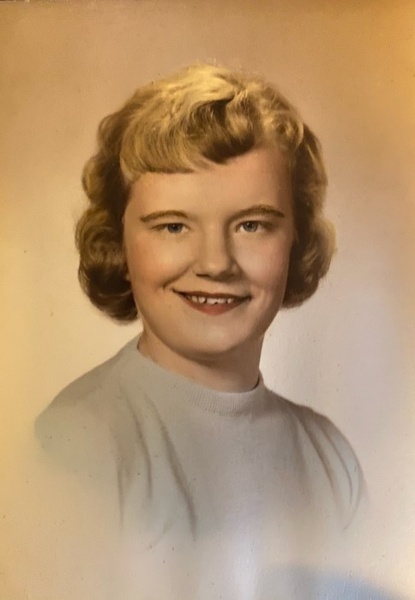 Elizabeth Marie ''Betty'' Hart, 80, of Webster died Wednesday, January 1, 2020 in Greenery Specialty Care Center.  Born in Hanover, NH on August 26, 1939, she was the daughter of the late Doig and Margaret (Rice) Benedict.

After graduating high school, Betty moved to Boston, MA where she initially studied nursing and later worked for an insurance firm. There she met her husband, James Hart, who was serving in the U.S. Navy. They relocated to Rostraver Twp. in 1961. Betty was a homemaker and worked at various times at the former Sweeney`s Giant Eagle in Rostraver Township, Hallmark Cards in Century III Mall, and various other jobs.

In addition to her parents, she was preceded in death by her husband, James Kenneth Hart in September 2019; son, Kevin Hart in 2013; sister, Jean Benedict in 2013.

Friends will be received on Monday from 10 a.m. to 1 p.m. in the James C. Stump Funeral Home Inc., 580 Circle Drive, Rostraver Township (724-929-7934) www.jamesstumpfuneralhome.com at which time a Funeral Service will be held at 1 p.m. with Rev. Brian K. Hart officiating.   Interment will follow in Monongahela Cemetery.

To order memorial trees or send flowers to the family in memory of Elizabeth "Betty" Marie Hart, please visit our flower store.