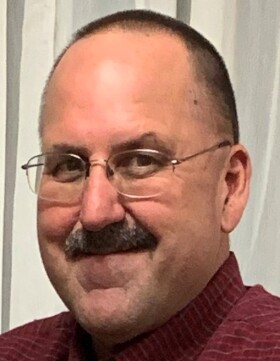 Rudy attended Penn State University and received an Associates Degree in Engineering, graduated from the University of Maryland with a BS in Business and received his Master's Degree in Geography and Regional Planning from California University of PA. He worked in property management and development and was also a realtor for Century 21. He worked at WCCC for 9 years, as Facilities Manager and Adjunct Faculty. He served on the board of the Rostraver Twp Sewage Authority and coached baseball and soccer for Rostraver Twp. He was an active member of Rostraver VFD #1 Webster, where he held many offices, including chief and was a member of St. Mary's Byzantine Catholic Church in Monessen.

Friends will be received on Sunday from 6 to 8 p.m. and Monday from 2 to 8 p.m. in the James C. Stump Funeral Home Inc., 580 Circle Drive, Rostraver Township (724-929-7934) www.jamesstumpfuneralhome.com where a Blessing Service will be held on Tuesday at 10:15 a.m., followed by Divine Liturgy at 11:00 a.m. in St. Mary's Byzantine Catholic Church, 125 McKee Avenue, Monessen with Rev. Stephen J. Wahal presiding.  Interment will follow in St. Mary's Byzantine Cemetery.

In lieu of flowers, the family suggests memorial contributions to the UPMC Hillman Cancer Center https://hillman.upmc.com/difference/supporting/make-a-gift

The Rostraver VFD #1 Webster will conduct a service in the funeral home on Sunday at 7 p.m.

To order memorial trees or send flowers to the family in memory of Rudolph John Godzak Sr., please visit our flower store.