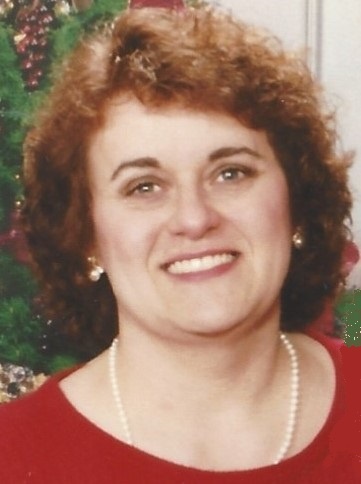 Seraphine ''Sally'' Komacek, 68, of Rostraver Township, died Wednesday, July 6, 2022. Born in Brownsville on July 20, 1953, she was the daughter of the late John Krivohlovy Jr. and Sara (Buray) Krivohlovy.

Sally was very kind and polite to everyone she met and brightened up the room wherever she went. She was a devoted wife and mother to her husband and two children. She worked for 29 years as a medical transcriptionist at Brownsville General Hospital, but left that job for a better one, that of being a mother to her son, Alex and a year later to her daughter, Julie. She was active in her children's school and sports activities until a serious auto accident in 2010 left her with some partial disabilities. The Lord did not call her home at that time so that she could complete raising her two children. She was a member of the Church of St. Anne in Rostraver and enjoyed watching the cooking shows on television.

Friends will be received on Sunday from 2 to 4 and 6 to 8 p.m. in the James C. Stump Funeral Home Inc., 580 Circle Drive, Rostraver Township (724-929-7934) www.jamesstumpfuneralhome.com where a Blessing Service will be held on Monday at 9:30 a.m. followed by a Funeral Mass at 10 a.m. in the Church of St. Anne, 1870 Rostraver Road, Rostraver Twp, PA 15012 with Rev. David J. Nazimek presiding.  Private Entombment will be in Lafayette Memorial Park.

To order memorial trees or send flowers to the family in memory of Seraphine "Sally" Komacek, please visit our flower store.