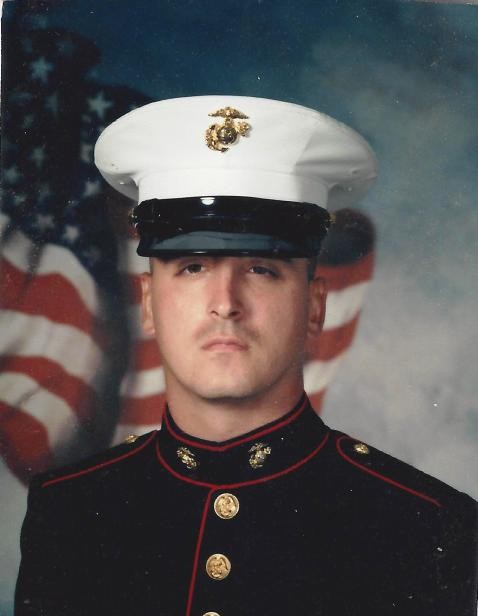 Jason J. C. Aungst, 40, of Jacksonville, FL, formerly of New Stanton, passed away unexpectedly on November 24, 2017.  Born in Philadelphia on June 20, 1977, he was the son of Richard and Cynthia Aungst of New Stanton.

Jason graduated from Hempfield High School and worked as a HVAC mechanic before joining the US Marine Corps.  A proud Marine for 11 years, Jason retired as Sergeant.  He then attended Embry-Riddle Aeronautical University and upon graduation worked for Global Aviation as a supervisor.

He was preceded in death by his grandparents, Creon and Helen Aungst and James and Margaret Minerd.

In addition to his parents, he is survived by his brother Richard and his wife, Rachel; nephews, Owen and Jackson; niece, Riley.

Jason will be interred, with full Military Honors, in the National Cemetery of the Alleghenies followed by a celebration of his life.

To order memorial trees or send flowers to the family in memory of Sgt. Jason J. C. Aungst, please visit our flower store.