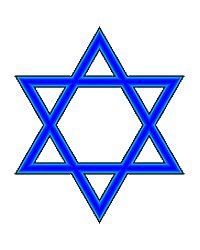 Allen Ira Mishkin, 74, of Pittsburgh, formerly of Donora, died Tuesday, June 12, 2018.  Born in North Charleroi on December 25, 1943, he was the son of the late Joseph Nathan and Edith Homa (Bergstein) Mishkin.

Allen was a restaurant worker and worked at numerous restaurants over the years.  He was a member of the former Ohav Sholom Congregation in Donora.

He is survived by his brother, Sidney Mishkin of Indianapolis, IN and sisters, Toby Ann Kramer of McKinney, TX and Deborah L. Mishkin of Pittsburgh.

Friends will be received on Friday from 1 to 2 p.m. in the James C. Stump Funeral Home Inc., 580 Circle Drive, Rostraver Township (724-929-7934) www.jamesstumpfuneralhome.com where a Funeral Service will be held at 2 p.m. with Rabbi Moshe Russell officiating.  Interment will follow in Ohav Sholom Cemetery, Carroll Township.

To order memorial trees or send flowers to the family in memory of Allen Ira Mishkin, please visit our flower store.