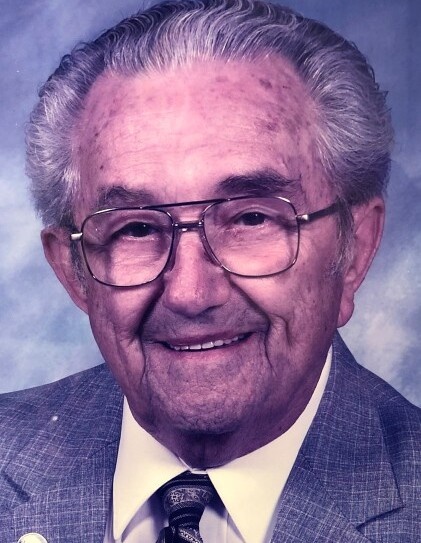 Andrew was the owner/operator of Janos Garage in Smithton from 1950 until his retirement.  He was a member of St. John the Baptist Church in Perryopolis, the K of C in Smithton and the American Legion Post 790 in Smithton.  He honorably served in the U.S. Army during World War II.

In addition to his parents, he was preceded in death by his wife, Helen (Balko) Janos; and siblings, Mary, Joseph, Edward, Stanley, Gertrude, Frances, William

Friends will be received on Friday from 2 to 4 and 6 to 8 p.m. in the James C. Stump Funeral Home Inc., 580 Circle Drive, Rostraver Township (724-929-7934) www.jamesstumpfuneralhome.com where a Blessing Service will be held on Saturday at 10:15 a.m. followed by a Funeral Mass at 11 a.m. in St. John The Baptist Church in Perryopolis.  Interment, with Military Honors, will follow in Olive Branch Cemetery.

To order memorial trees or send flowers to the family in memory of Andrew F. Janos Sr., please visit our flower store.