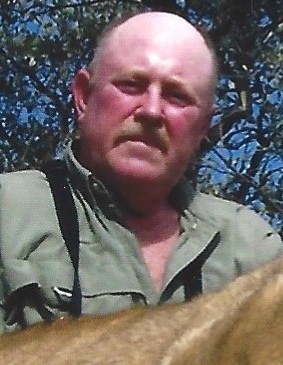 Brian "Redd Dawg" Vanard, 67 , Rostraver Township, courageously passed away from ALS on Saturday, May 29, 2021 in the comfort of his home. He was born October 26, 1953 and raised in Lincoln Boro, a son of the late Lawrence "Rocky" and Marie Alberta (Kelley) Vanard. In addition to his parents, he was preceded in death by a brother, Stewart Allen Vanard.

Brian graduated in 1971 from South Allegheny, then graduated from Edinboro University and the University of Pennsylvania. Brian owned and operated T. J. Restaurant and Sports Lounge in New Stanton since 1993 and Redd Dawg’s All Star Clubhouse in Rostraver from 1998 to 2020.

Brian lived his life on his own terms, following his passions, which included 50 years in the hospitality industry and his love of the outdoors, hunting and fishing all over the world. He was a lifetime member of the NRA and past president of Safari Club International, Three State Chapter.

He is survived by his brother, Doug (Lynne) Vanard; his brothers from another mother, Jeff Clark and Chris Guarlotti; nephews, Sean (Bridget) Rieger, Ryan (Amanda) Rieger and Bryan Rieger; great nieces and nephews, Kaia, Bodi, Soren, River and Hannah; and aunts and cousins in Florida and Vermont.

Friends will be received on Friday, June 4 from 2 to 4 and 6 to 8 p.m. in the James C. Stump Funeral Home Inc., 580 Circle Drive, Rostraver Township (724-929-7934) www.jamesstumpfuneralhome.com at which time a Memorial Service will be held at 8 p.m. with Rev. Larry Coltura officiating.

In lieu of flowers, Brian requests all hunters and anglers to oil your guns and to clean your fishing gear. Also, and this was important to him, DO NOT cook your venison past medium rare!

To order memorial trees or send flowers to the family in memory of Brian "Redd Dawg" Vanard, please visit our flower store.