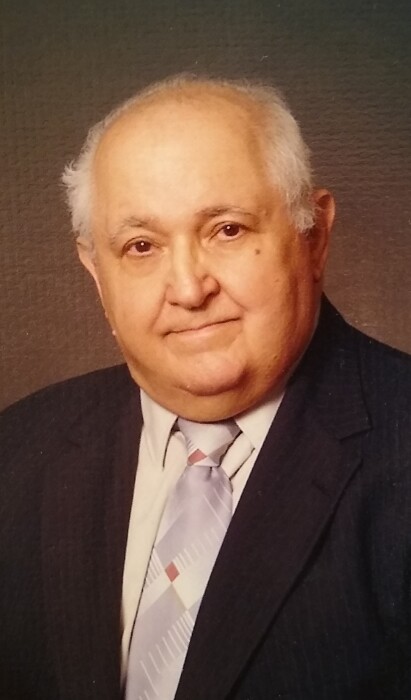 Donald Joseph Dimasi, 83, passed away peacefully on Sunday, June 7, 2020, at his home in Rostraver Township.  Born in Charleroi on November 28, 1936, he was the son of the late Joseph and Rose (Reda) Dimasi.

After a short enlistment in the US Army as a young man, Donald helped run his family's bar in North Belle Vernon, and worked for Wheeling Pittsburgh Steel until his retirement.  A lifelong fan of music, especially Drum Corps, he marched with the Westmoreland Esquires in the 1950's and 60's, and with the Steel City Ambassadors in his retirement.

He enjoyed gardening, and RV camping with his family. He was devoted to encouraging young people involved in sports, and coached Little League football, girls' softball, and started a basketball training program at Rostraver Junior High that prepared many of BVA High School's star players in later years.  He was also a member of the Church of St. Anne in Rostraver.

He is survived by his wife, Dovonna Lauderback Dimasi, who he married on June 23, 1962; daughter, Deborah Dimasi and husband Daryl Newswanger; sister, Mary Catherine Mondi; and nieces and nephews.

In addition to his parents, he was preceded in death by his sister, Virginia Murri.

The family is grateful for the gentle care Donald received from OSPTA's home health and hospice staff.

Friends will be received on Wednesday from 6 to 8 p.m. in the James C. Stump Funeral Home Inc., 580 Circle Drive, Rostraver Township (724-929-7934) www.jamesstumpfuneralhome.com FAMILY AND FRIENDS ARE ASKED TO MEET Thursday at 10 a.m. for a Funeral Mass in the Church Of St. Anne, 1870 Rostraver Road, Rostraver Township with Rev. David J. Nazimek presiding.  Interment will follow in Monongahela Cemetery.

Please wear a mask and practice safe social distancing during the visitation and Funeral Mass.

In lieu of flowers, donations may be made to the American Diabetes Association.

To order memorial trees or send flowers to the family in memory of Donald Joseph Dimasi, please visit our flower store.