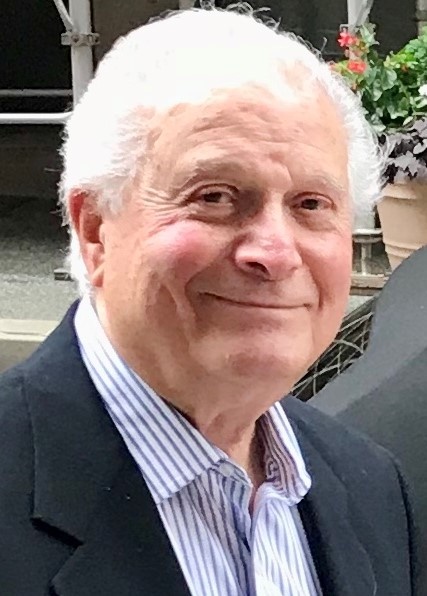 Dr. Richard L. Gobbie, 87, a storied dentist in the South Hills of Pittsburgh, passed away peacefully, surrounded by his wife of 62 years and his loving family on November 20, 2019 after a courageous battle with ALS (amyotrophic lateral sclerosis).  Born March 7, 1932 to the late Antoinette "Nellie" Benedetto and Richard Gobbie into a family deeply rooted in the Roman Catholic faith.  Along with his late sister, Gloria DeCarlo and brother, Arthur, Rich thrived in the loving embrace and the old world traditions of his Italian American heritage.  A lifelong sports enthusiast, he thrilled as the "South Paw" quarterback at Clairton High School, from where he graduated in 1950.  His athletic talents took him to South Bend, Indiana where he was invited to walk on to the 1950 University of Notre Dame football team by Coach Frank Leahy.  Quickly realizing, as Chuck Noll used to say, that football would not be his "life work", he channeled his talents into Academia where he earned a degree from Notre Dame in 1954.  Upon acceptance into a post-graduate program in Dentistry at the University of Pittsburgh, Rich returned home to pursue both a career in Dental Medicine and to woo the love of his life, Jane Mackin.  Graduating in May of 1957 with a DDS and following it quickly with a marriage in June 1957, Rich and Jane began a lifelong adventure and love affair!  First, as a Naval Officer stationed in Washington DC from 1957 to 1959, then, as a budding professional in his own Dental practice in his hometown of Clairton, and through the challenges of raising a family of eight children in Rostraver, PA, Rich and Jane had a life filled with rich experiences and many bountiful blessings.  A true master of his craft, Rich Gobbie served the Pittsburgh community through his dental practice for over 60 years.  His specialties ranged from complex crown and bridge reconstruction to such nuanced tasks as teaching his grandchildren not to fear the dental chair.  One of Rich's proudest professional accomplishments was cementing his last crown into a patient in March 2019, and finally retiring only after his disease began to challenge his motor skills.

In addition to his parents, he was preceded in death by his sister, Gloria R. DeCarlo.

Friends will be received on Friday from 2 to 8 p.m. in the James C. Stump Funeral Home Inc., 580 Circle Drive, Rostraver Township (724-929-7934) www.jamesstumpfuneralhome.com where a Blessing Service will take place on Saturday at 9:30 a.m. presided over by Rev. David J. Nazimek immediately followed by a Funeral Mass at 10 a.m. in the Church of St. Anne, with Rev. Frank J. Murphy, C.S.C. presiding.  Interment, with full Military Honors, will follow in Queen of Heaven Cemetery, McMurray.

The family suggests memorial contributions to either the Rostraver Food Band, P O Box 1021, Belle Vernon, PA 15012 or to the Veterans Place of Washington Boulevard www.veteransplaceusa.org

He will be deeply missed by many!

To order memorial trees or send flowers to the family in memory of Dr. Richard L. Gobbie, please visit our flower store.