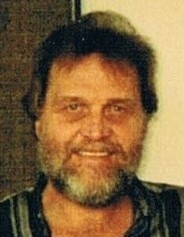 Frank J. Rechichar, 71, of Rostraver Township, passed away peacefully on Saturday, February 9, 2019 at the HJ Heinz Veterans Hospital in Aspinwall, PA.  He was born in Pittsburgh on October 24, 1947 and was preceded in death by his parents, Frank and Mary Rose (Lindich) Rechichar.

Frank was a 1965 Graduate of Rostraver High School and a 1966 honor graduate of the School of Dental Technology in Washington DC. In April of 1968 Frank was inducted into the United States Military and completed his education and training at Fort Sam Houston, San Antonio, Texas. He was then deployed to Vietnam and served as a medic in United States Army. Upon discharge he returned to Rostraver where he lived until moving to the HJ Heinz Veterans Facility in Aspinwall PA in 2012. Frank enjoyed all sports especially Steeler Football, Pirate Baseball and Penguin Hockey. His love of sports began as a child growing up in Rostraver by participating on one of the first organized little league teams in the Township. In addition to following team sports, Frank loved the game of golf and talked frequently about the rules, the many beautiful golf courses in the USA, and the many champions who played the game. He was a kind soul and enjoyed conversing with friends and family on a variety of topics. While a resident at the Veterans Facility, Frank could often be found praying in the memorial chapel or enjoying a cup of coffee in the courtyard. He is survived by aunts, uncles, numerous cousins, his fellow veteran family and the staff on 1 south wing in Aspinwall who cared for him with kindness, compassion and respect.  He was a member of the Church of St Anne in Rostraver Township.

Friends will be received on Tuesday from 5 to 8 p.m. in the James C. Stump Funeral Home Inc., 580 Circle Drive, Rostraver Township (724-929-7934) www.jamesstumpfuneralhome.com  where a Blessing Service will be held on Wednesday at 9:30 a.m. followed by a Funeral Mass at 10 a.m. in the Church of St. Anne with Rev. Vincent J. Gigliotti officiating.   Interment, with Military Honors, will follow in West Newton Cemetery.

To order memorial trees or send flowers to the family in memory of Frank J. Rechichar, please visit our flower store.