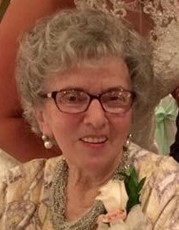 Georgetta taught school at Belle Vernon Area and later at Charleroi School District for 35 years, retiring in 1990. She was Past President of Catholic Women's College Club, Past President of the American Association of University Women where she was named Outstanding Woman of the Year in 1993 and Past President of Charleroi Area Teachers Association. Georgetta served as Secretary and Assistant Treasurer on the Board of Rostraver Public Library, where she was very active in fundraising during the building of the Library and continued to help fundraise to support the Library’s growth. She was a member of Concerned Citizens of Rostraver Township, C.D. of A. CT Belle Vernon and a life member of PSEA and NEA. She was also a member of the Mon Valley Hospital Auxillary for 30 years, where she served as Assistant Treasurer. Georgetta was also a faithful member of St. Sebastian Parish in Belle Vernon.

In addition to her parents, she was preceded in death by her brothers, Thomas and George Nega.

Friends will be received on Tuesday from 2 to 4 and 6 to 8 p.m. in the James C. Stump Funeral Home Inc., 580 Circle Drive, Rostraver Township (724-929-7934) www.jamesstumpfuneralhome.com where a Blessing Service will be held on Wednesday at 10 a.m. with Rev Michael J. Crookston officiating.  Interment will follow in Rehoboth Cemetery.

To order memorial trees or send flowers to the family in memory of Georgetta "Dolly" Mary Wiles, please visit our flower store.