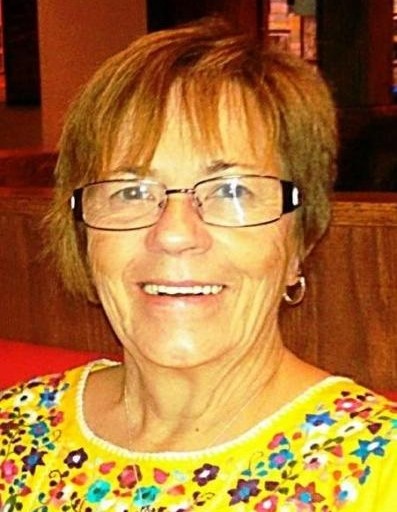 Linda was born in the New Eagle Hospital on March 24, 1947 and spent time as a child from Florida to Virginia Beach before settling in Donora.  She went to Donora High School and in 1964 met to quote "the man of her dreams", John F. Duda Sr.  Linda and John started a family welcoming four children along the way, Charlotte, John Jr. (Rebecca), Rachel and Matthew (Nicole).

Linda enjoyed cooking, baking, and meeting new and familiar faces at Linda's Korner Kitchen in Charleroi and various delis in the Mon Valley.  She enjoyed spending time with her nieces and nephews; she loved her grandchildren and was happiest being called Grammy and GaGa.  Linda was Grammy and GaGa to Cecilia, Sophia, Caroline, Lily, Samantha, Noah and Patrick.  She enjoyed travelling with Charlotte wherever their adventures would take them.  As Linda said, "the fight with cancer is not her story, just a side note".  She never stopped smiling through it all, no matter what challenge was sent her way.  Her story is not over, it has just entered a new chapter.

Friends will be received on Friday from 4 to 8 p.m. in the James C. Stump Funeral Home Inc., 580 Circle Drive, Belle Vernon/Rostraver Township (724-929-7934) www.jamesstumpfuneralhome.com FAMILY AND FRIENDS ARE ASKED TO MEET at Mary Mother of the Church, 624 Washington Avenue, Charleroi on Saturday at 10:30 a.m. for a Funeral Mass celebrated by Rev. Gerald Mikonis.

In lieu of flowers, the family suggests memorial contributions to the American Humane Society, www.americanhumane.org or the Disabled American Veterans www.dav.org

Charitable donations may be made to:

To order memorial trees or send flowers to the family in memory of Linda Irene "Broomie" Duda, please visit our flower store.