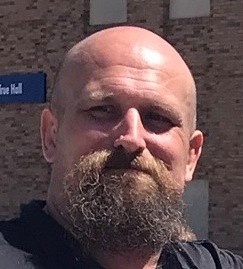 Robert was a disabled veteran of the United States Army with service in North Carolina, Italy, combat tours in Bosnia, Sierra Leon, Rwanda and two combat tours in Iraq.  He was an Airborne Infantryman and later a Human Resources Specialist, caring for and looking after the interests of his fellow soldiers.  He loved the Army and regretted that his disabilities kept him from fulfilling a career in the Army.  Robert's love of life revolved around his family and his three cats. Robert also was a member of Masonic Lodge 562 of Connellsville, PA.

Aside from his mother and father, he is survived by step-mothers, Beverly Reeb of Belle Vernon and Kerri Reeb of West Newton; brother, Christopher Reeb (wife Rebecca) of Belle Vernon; sisters, Jennifer Herron (husband Jason) of McCook, Nebraska and Sarah Reeb of San Diego, CA.  His greatest love was for his niece and nephews, Erin Herron, Collin Herron, Matthew Herron and Patrick Herron, of McCook and "his little little buddy", Maverick Reeb of Belle Vernon.  He is also survived by his extended family of grandmother, Mary Whitman-Leger of Waller, PA; uncles, Neil Reeb, Jeffrey Reeb, Brent Reeb, Todd Reeb; and aunts, Debbie Weigt and Charlene Vaughn; as well as grandfather, Robert Cassel of Warminster, PA and Gary Roberts, husband of Sandra Roberts.

Friends will be received on January 6 th from 5 to 8 p.m. and January 7 th from 11 a.m. to 1 p.m. in the James C. Stump Funeral Home Inc., 580 Circle Drive, Rostraver Township (724-929-7934) www.jamesstumpfuneralhome.com At 11:30 a.m. on the 7 th , a Masonic Funeral Service will be conducted in the funeral home. Prior to departure for the cemetery, another brief service will be conducted followed by interment, with Military Honors, at the West Newton Cemetery.

To order memorial trees or send flowers to the family in memory of Robert John Reeb, please visit our flower store.