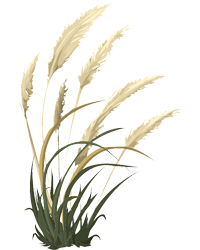 Shawn Phillip Farquhar, 50, of Liberty Borough died Saturday, February 17, 2018 in Allegheny General Hospital.  Born in North Charleroi on August 20, 1967, he was the son of Mary (Stimaker) Farquhar of Belle Vernon and the late John H. Farquhar.

Shawn drove a truck for Interstate NDT Inc. in Speers.  He was a farmer at heart and loved trucks.

In addition to his mother, he is survived by his wife, Darla S. Coppola; step daughter, Jeana of Squirrel Hill; step son, Keith of Liberty Borough; twin sister, Glenda Farquhar of Gettysburg; sister, Cori Ellen Bayman of York; brother, Tim Beaman of Pittsburgh; and many nieces and nephews.

In addition to his father, he was preceded in death by brother, John A. Farquhar.

Friends will be received on Wednesday from 2 to 4 and 6 to 8 p.m. in the James C. Stump Funeral Home Inc., 580 Circle Drive, Belle Vernon/Rostraver Township (724-929-7934) www.jamesstumpfuneralhome.com where a Funeral Service will be held on Thursday at 11 a.m.  Interment will follow in Little Redstone Methodist Cemetery, Fayette City.

To order memorial trees or send flowers to the family in memory of Shawn Phillip Farquhar, please visit our flower store.