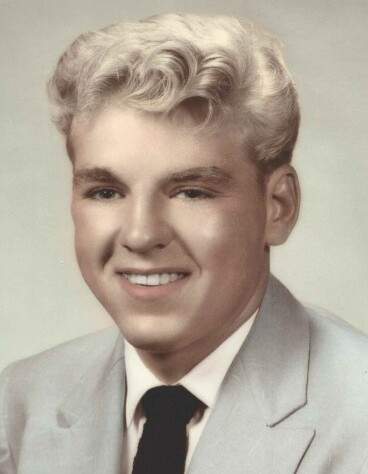 Walter H. Williams , fondly known as "Sonny", passed away peacefully at home surrounded by his family on Friday, October 16, 2020 after a long fight with COPD.  Born July 5, 1939 to the late Hazel Becker and Arthur Williams, Walt was raised in Rostraver with his late sisters, Lucy Steller and Alma Kay Henzler.

Walt was Captain of his Rostraver High School football team, class of 1957, and went on to play for California Normal (Cal U). He decided to join the Army in 1958, where he was a paratrooper and ranger for the 101st Airborne Division.

Walt married his high school sweetheart, Sally Schmidt, celebrating 60 years this November.  He had a lifelong career with U.S. Steel, working in Fairless Hills, Christy Park, and retiring early as Vice President of Auto-Lok in Georgia.  Walt enjoyed hunting, skiing, golfing, fishing, reading, and coaching his kids in Township football and baseball, continuing this passion by assisting BVAHS Baseball and forming the Fayette City/Belle Vernon baseball team (Fayette County League).  He passed his coaching title to his good friend, Dan Palm, and began announcing the games instead, which earned him the nickname "Mr. Baseball".

He traveled to many countries, including Ireland, England, China and Vietnam, but his favorite country was Canada, where he enjoyed yearly trips camping and fishing with his family.  Walt treasured time with his family, instilling his hard work ethic in them and sharing his life stories and advice (sometimes unsolicited!).  His grandkids will always remember his tractor rides, pool parties, fishing at the pond, and his love of ice cream.

Due to the COVID-19 restrictions, there will be no visitation.  At Walt's request a celebration of his life will be held at a later date.

To order memorial trees or send flowers to the family in memory of Walter H. "Sonny" Williams, please visit our flower store.