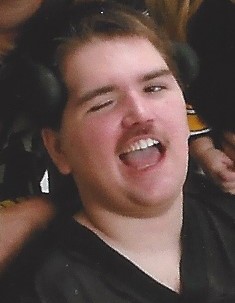 Billy had a zest for life, enjoying as many of life’s pleasures as an active boy could before his accident. He was most content with a fishing pole in his hand, whether it was sitting on a pontoon boat or camping near a lake or other body of water. He enjoyed exploring, often taking off through the neighborhoods and local woods for his sisters to find. He enjoyed giving his family a hard time, but would drive them crazy and make them laugh all in one go. As many young boys do, he enjoyed everything that was gross and bonded with his family over these things throughout the years. Billy enjoyed wrestling with his sisters and the family dog, Cody, and was always happiest chasing them around.

In addition to playing organized sports, Billy was an active member of his local youth groups. He loved all kinds of movies and media- from listening to classic rock and comedians to watching scary films and watching the Steelers play, he was most content enjoying these with his family and friends. He was competitive and enjoyed playing video games of all sorts with his family and friends. He loved spending time with his friends and skateboarding or riding bikes or quads with them.

Just a month shy of his 13th birthday, Billy was enjoying time with friends riding four wheelers, when he had an accident that left him paralyzed and changed his life forever. Despite the accident, months of recovery, and loss of many abilities, Billy never lost his sense of humor or the many memories made before his accident.

After his accident he still enjoyed being on a boat and spending time with family and friends. He cherished his little brother (a new sibling to wrestle with), and his nephews, as the light in his eyes made crystal clear each time they were together. He communicated with his family through laughter (often at their expense because of their shenanigans) and facial expressions that made it clear how he felt.

He was well cared for by family and many nurses and aides. He was a light in all of our lives, never losing his sense of humor despite many hardships throughout his life. To know him was to love him.

Friends will be received on Friday from 2 to 4 and 6 to 8 p.m. and Saturday from 11 a.m. to 12 p.m. in the James C. Stump Funeral Home Inc., 580 Circle Drive, Rostraver Township (724-929-7934) www.jamesstumpfuneralhome.com where a Funeral Service will be held on Saturday at 12 p.m. with Pastor Ken Sommerfeldt officiating.  Interment will follow in Fells Cemetery with a private Celebration of Life to follow.

In lieu of flowers, donations to the family for the funeral would be appreciated. Donations can be sent to Leeann Howell 79 Mobile Road Washington, PA 15301 or via Venmo @David-Kremer-3

To order memorial trees or send flowers to the family in memory of William Russell "Billy" Wokutch, please visit our flower store.